Buy on Rumor; Sell on Truth 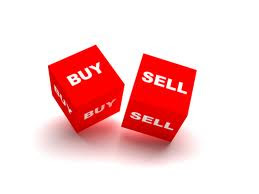 All the greedy and soulless waiting to see what big announcements will be coming from the Fed and/or ECB about more stimulus, etc...  old, tiring news we know..

This all would be so comical and not worthy of any attention paid if not for the fact that these financial elites-- from central bankers to investors affect and impact the daily economy of rest of the world (usually for the worst).

For instance, many people naively think the 'Arab Spring' of 2011 was based on people wanting freedom from oppression. Freedom was at most a by-product.  It was more a result of food prices jumping 200-300% by early Spring in some regions of the world within a couple months of Bernanke starting up QE2.

As the dollar weakened (which is all these Fed policies do), more money was required by US farmers to sell their food to make up the shortfall in value, and through the process of distribution, everyone takes their proverbial two pounds of flesh.

Remember-- everything economically is inter-connected..

So by the time the wheat, corn, etc hit markets in places like Egypt, Algeria, etc, it became too expensive for many people in that region of the world to afford.  The average Egyptian makes equivalent to $2 US dollars/day..  So what's a person to do-- quietly starve? 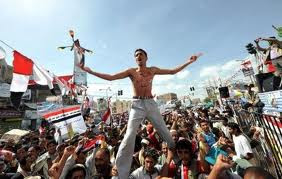 So as we said, the sludge of the earth- Investors are waiting for the results of the meetings during the latter part of the week.   And unless the news (or declarative lie) is phenomenal, expect a big selloff.

If this behavior sounds confusing to you, simply think about a child... a little boy or girl with a yet undeveloped mind who can't wait for Christmas morning because he/she believes and expects a new bright red bike to be under the tree with a fun bell attached to one of the handle bars...

Then the child awakes, runs down the stairs and finds.... no bike.   It was just something the parents teased and pretended they were going to buy (even though parents knew they couldn't afford a bike) so the child would stop screaming at top of lungs every time they had to eat vegetables with dinner.

In other words, the investors are the spoiled, horrid children and central planners like Bernanke and Draghi, are the deviant liar parents who  will do/say Anything to shut the demanding brats up with no concern about what happens once they are found out to be untrustworthy.

But in the real world, Investors, as evil as they are, well they're not stupid.  They know these people are untrustworthy and duplicit, and Investors know repeatedly they are being played.

So why be a part of such a game?

1) The saying 'Nothing personal, its just business' firmly applies-- what do Investors care if eventually they are securing daily profit from the rumors.. better there be some market activity on rumor than none based on truth.

2)  They know these central bankers will have to do something ultimately..  its the nature of the beast.  To sit idly by and outwardly impotent is not something men (and women) of great power and ego take too kindly to. 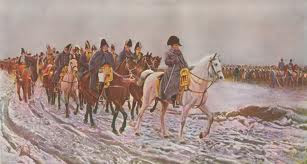 It made us think of Napoleon..

Two hundred years ago this late July, Napoleon was sitting in the little town of Vitebsk, in what is now Belarus.  He had just pushed the Russian Army out of the town and decided to camp there for the autumn-winter and continue his invasion of Russia in the spring.

But after just a few days in this sleepy hamlet, he grew bored.  One of his aides, Philippe-Paul de Segur, later wrote that Napoleon’s fateful decision to immediately advance onto Moscow came from this logic:

“How can I bear the boredom of seven months of winter in this place?  Am I to be reduced to defending myself – I who have always attacked?  Such a role is unworthy of me…  I am not used to playing it…  It is not in keeping with my genius.”

The rest, as they say, is history.

And advance he did.  With his army of 600,000 men under arms, reaching Moscow on September 14, 1812.  The Russians never gave him the decisive battle he desired, preferring to burn their capital to the ground and move further east.

Winter, famine and disease did the rest, and the Grand Armee left Russian later that year with less than 120,000 soldiers..  80% of Napoleon's Grand Army-- gone in one winter.

It was the greatest military defeat until the Nazis replicated the effort in World War II, happily to a similarly disastrous effect. 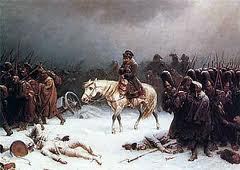 So Bernanke, Draghi, etc.. they'll do something..

Even though the Law of Diminishing Returns is in place (each QE produces less of a market bump then the one before)..  Even though the Investor vultures will quickly turn around and demand more..  Even though they know they are coming upon the 'Wall' where any can that is kicked gets bounced back...

Ultimately they'll do something.
Posted by dsasR at 1:08 PM