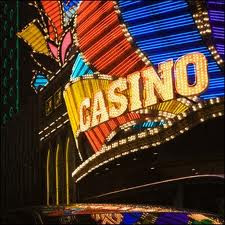 When trying to explain something as complex as this, its really best to take a step back and go the opposite route-- to simplify into an easy, understandable picture for anyone to grasp.

Visualize a casino..  All the hustle n' bustle of people betting (and mostly losing) their money.. the 'ding ding ding' of constant 25-cent slot machines going off..  the thick cigarette smoke permeating the air forcing elderly to breathe even harder into their oxygen masks via wheeled oxygen tanks as they hope for one big video poker payday...

Now visualize a casino hemorrhaging money due to crookery and outright evil of those at the top.  And as a result of such greed,  people don't wish to enter the casino's doors and part with every last cent to their existence on games of chance as before.  The situation is getting more dire..

From this point, steps into the forefront one of the casino's silent owners.   And he has a grandiose plan how to get everyone to go back to the casino... 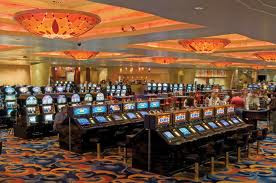 First:  Free lines of credit for the major players-- every bigwig gets a super-large stack of chips to play with.  And this isn't just a one-time thing...  The bigwigs will receive this $$ monthly for doing absolutely nothing but being 'important'.

And once the promotion stops, if the heavy players start to get antsy, have new liquidity promotions of flooding the casino with free chips will be ready to be implemented even though there's not enough cash to cover the value of all the chips being circulated within the casino to cover bets.

Second:  A new casino policy--  What the bigwigs keep, is theirs.  What the bigwigs lose, the casino will cover.  This ensures the heavy gamblers never lose a penny and continue coming back...   The bigwig can not Ever leave with a loss..

Everything at the casino will be tailored to the bigwigs needs..   Do they need special accommodations,  perhaps a lovely lady for the evening (or for 10min)...  done.   No request/demand is too unethical.

Third:  A strategy to buy out all the other entertainment venues in the area so people wanting some 'fun' are Steered like cattle into pens, to come to the casino.  It is the losses from the average, everyday people which will cover casino losses from backing the bigwigs.

And with a nice balance of constant in-house promotions and friendly reminders that there's no where else to go, this should keep people in the casino longer than common sense would allow. 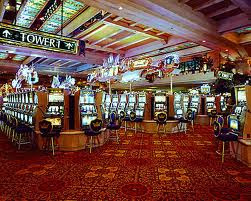 Fourth: Constant advertising in the press that the casino is 'Stronger than ever'!  Spend so much in advertising that the papers dare not allow one of its reporters to do real investigations for fear of losing the ad revenue.  If that doesn't work, make the newspaper a minority owner so they are fully vested in the casino's survival.

Fifth:  Promote an outright Lie as "Truth" via the controlled press that the ultimate purpose of the casino is to help the economy.  'The casino creates jobs... it generates tax revenue.. blah.. blah...'   Whatever needs to be said or done to pacify the ignorant so that the casino can continue to run in this manner without any outside 3rd party questioning it.
___________________________
Some will argue this was a bit over-simplistic.   That is what life is ultimately-- simplicity.   Take any intricate economic, political or social problem in the world and when one gets beyond the saber-rattling and/or complex phraseology, at its core, is simplicity.

The Fed's direct involvement in Wall St is to assist a very select few individuals at the expense of the rest of the nation, both in the present and the future.   It runs on a very impractical and quite dangerous 'business model' which is not sustainable. 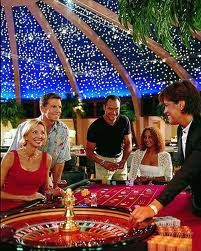 And if you are invested in or seek to invest in the stock market, you need to understand your place in the 'casino' hierarchy...  you would be the peon. (We wonder if the word originates from the words pee-on?)  You are the one with no protections--  you are Not 'too big to fail'.

Whatever you do with it is your concern, not ours...  But if you insist on staying in the market, understand there will be a point in time where the professional Investors will see Bernanke's so-called 'tool chest' is depleted, it will be a furiously mad dash out of the market, and the peons always gets trampled
Posted by dsasR at 11:56 AM