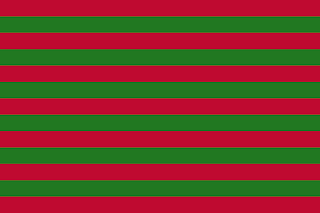 The above flag is from the American Revolution, but on who's side? The Colonists or the British?  Should this symbol evoke pride or cause great anger and offense?  Do you need to wait for me to tell you before you express emotion, and if so what ends up meaning more, the flag or the connotation?

Words are interesting things. Much like symbols. They can be used to describe different characterizations and projections upon a person, place, or thing, based on biases and pre-conceived notions of the individual or entity spouting forth.

Let's use George Washington as an example... 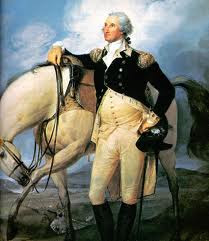 How would a colonist in 1776 who supported the American Revolution i.e. the overthrow of the British government from power in the 13 colonies, view Washington?

And how would a royalist who lived in the colonies but was loyal to the crown or a Briton have viewed Washington in 1776?

And who would be correct?   Oh certainly the answer we say is that Washington is a Patriot and so forth.  Why?  Well, to be honest, because he was successful, won the war and to the victor, always go the spoils.

But what if Washington's efforts were unsuccessful- no British surrender at Yorktown.. no establishment of an American nation... Let us say the colonists lost the war and Great Britain retained and strengthened power in North America...   How would Washington be viewed today-- any different?  Would he be viewed by anyone at all?

Next, lets take a look at symbols..   We all know what the Confederate flag looks like, yes?  The famous (or infamous) "Stars & Bars"; to individuals it can conjure anything and everything from heritage and pride to pain and deep anger & fury upon its sight.  It was the battle flag for the Confederate Army during the war, and made to be an ideological symbol by others afterwards. 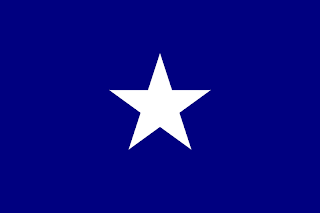 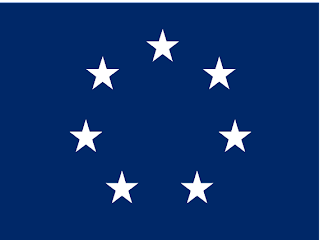 The first flag was the unofficial flag of the Confederacy-- the 'Bonnie Blue' flag.  The second flag of seven stars in a circle was the first Confederate Navy jack (1861-63).

Do you see them any differently now that you know meaning?

There is a greater point to be made-- life is not black and white simple.  A patriot is also a rebel and a traitor is also a hero.  It really depends what side of the fence you are on and where your loyalties lie.  In addition, the connotations and labels one puts on people, actions and symbols are based not so much on one's beliefs as much as what one is told to believe or observation as to how others have believed.

"X" may be depicted as evil because its in the interest of a particular TV network or other outlet to portray as such.  But is "X" truly evil, or is he/she actually fighting For you and your interests?

As for the green and red striped flag, in the Revolution, military units often had different flags or no flags. Stripes were a defining feature of American flags even before the Revolution, and many military banners used by Americans featured stripes of differing colors. Records in all the colonies describe red and green flags similar to the one at the top of the posting.

George Rogers Clark is credited by some as using a similar red and green banner in February 1779, when he led 172 men, nearly half of which were French volunteers, from Kaskaskia, Indiana to attack the British force holding a fort at Vincennes, Indiana.  After three days fighting, the British surrendered the fort and thereby control of their other posts in the previously French dominated area of what became our Northwest Territory.

So how do you look at the flag now?