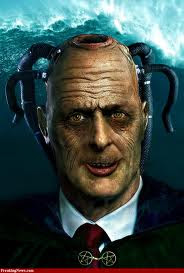 A couple days ago, we at A&G posted a detailed 'inside baseball' accounting of how hedge funds work, and how the stock market is 100% rigged against you, the everyday person having near-Zero chance of making any profit from your investments.

We thought the following Bloomberg article written on Nov. 29th would be a fitting bookend to what we wrote on Friday.  The nuts n' bolts, in case you missed it amid all the post Black Friday and Cyber Monday hoopla was that in 2008, former Treasury Secretary under George W. Bush (and former Goldman Sachs head) Hank Paulson gave advanced word to hedge fund managers warning them about Freddie and Fannie Mae needing to be rescued, while giving a public front that everything was A-OK to soothe the markets.

The full article can be found here:

Here's a condensed "cliff notes" version if you will...


A NY Times article on July 22, 2008, based on interviews the previous day with Treasury Secretary Paulson reported that the Federal Reserve and the Office of the Comptroller of the Currency was inspecting Fannie and Freddie’s books with Paulson expressing he expected "their examination would give a signal of confidence to the markets."

At a meeting with hedge fund managers on July 21st, Paulson, according to Bloomberg,  presented a different message "to a group of men capable of profiting from any disclosure Around the conference room table were a dozen or so hedge- fund managers and other Wall Street executives -- at least five of them alumni of Goldman Sachs Group Inc. (GS), of which Paulson was chief executive officer and chairman from 1999 to 2006." 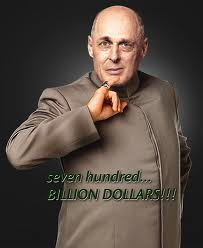 "After a perfunctory discussion of the market turmoil, the fund manager says, the discussion turned to Fannie Mae and Freddie Mac. Paulson said he had erred by not punishing Bear Stearns shareholders more severely. The secretary, then 62, went on to describe a possible scenario for placing Fannie and Freddie into “conservatorship” -- a government seizure designed to allow the firms to continue operations despite heavy losses in the mortgage markets."

"Paulson explained that under this scenario, the common stock of the two government-sponsored enterprises, or GSEs, would be effectively wiped out. So too would the various classes of preferred stock, he said.  The fund manager says he was shocked that Paulson would furnish such specific information -- to his mind, leaving little doubt that the Treasury Department would carry out the plan. The managers attending the meeting were thus given a choice opportunity to trade on that information."

~ Morale of the story boys & girls:  Unless you are powerful and wealthy enough to be privy to inside information by a high ranking member of government before a potential crisis hits,  Do Not be investing any of your $$ in the market.   Better to keep it in a coffee can. 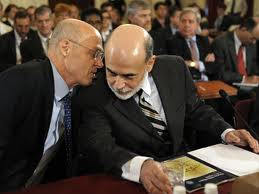