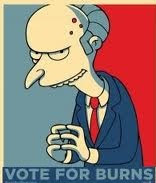 We are still about 15 months until the November 2012 election when either President Obama is re-elected or someone of the Republican party wins, and takes over the mantle of governing the nation.

Many people don't pay attention to politics, especially this early in the process and I have to say I envy their intentional, purposeful obliviousness to news and anything going on in the world outside of themselves.  Many moons ago, I was one of them and I can recall how others would look at me with bafflement when I'd ask "Oh, is there an election?  Who's running?"  Of course I was eight years old at the time...

So what do we know about the candidates in question?   If we listen to the media, we're told the Republicans only have 2 viable candidates- former Texas governor Rick Perry and former Mass. governor Mitt Romney.  We're also told Calif. Congresswoman Michelle Bachmann is a "roman candle"  (MSNBC's Chris Matthews' words) who has no chance after Iowa and Texas Congressman Ron Paul is a "flake" who is too irrelevant for the media to even write about even though he came in 2nd to Bachmann in last weekend's Iowa straw poll by less than 1 percentage point.

We're also told that Obama is in a really bad fix and is fortunate to be running against this crop of Republican candidates.  We're also told because Obama truly has done little to nothing to improve the jobless situation or stabilize housing, and many true-blue Democrats are deeply disenchanted with him, Obama's 2012 campaign will essentially be something akin to "You think I'm awful, just imagine if you elect someone from the other party!"  Not too inspiring a theme but then again, little to nothing in the President's governance to be inspired by.

So what do all the candidates stand for?  What's their position on A, B and C?  Glad you asked.. here's a very short, concise and accurate primer so you are in the know

--  Every single Rep. candidate refuses to raise taxes by even one penny, including the multi-millionare & billioniare class.  Coincidentally, Every single Rep candidate wants to make severe cuts on entitlements (psst, that's code for Soc. Sec. & Medicare.. ~nudge-nudge), and in lieu of increasing revenue streams (i.e. tax increases), the most pain will be felt on the poorest and a crumbling middle class.

-- President Obama is a fiscally liberal or 'socialist' Democrat in the same way former President Bush is a learned man and avid reader.  Obama, like former President Clinton is a Wall St. Democrat.  This means on economic issues, he does the bidding of Wall St. and always has their best interests as primary concern.

--  The President and the Republican candidates pretty much differ on social issues though its hard to really tell what Perry and Romney believe since Perry once supported Al Gore for President in 1988 and Romney's policies as governor were what one would call liberal, including being pro-choice at the time and his health care plan, which was an inspiration for ObamaCare.

--  Any Republican who says 'no tax increases' now, will end up being a bold-faced liar by 2013 because at the rate the National Debt, and interest is rising,  additional revenue will be needed, and the poor are tapped out.

--  If Obama promises he will create good-paying jobs if re-elected, he is a bold-faced liar as well.  He's been in office 31 months now.  Unemployment officially is 9.1%  Unofficially its closer to 17%.  He had a Democrat controlled congress for the first 2 years of his Presidency-- no jobs bill pushed.. No FDR-like plan to stimulate the economy on Main St.. Nothing.

--  If Sarah Palin decides to enter the run for the Presidency, she will be no different than the other candidates when it comes to taxes, National Debt and job creation  (All Republicans and Obama believe in 'trickle down' Reagan style economics)  **  Little piece of interesting trivia:  During the 1980 Republican primaries, a fellow Republican running for office labeled Reagan's scheme "Voodoo economics".. Any idea who that was?  Anyone? ..  Anyone?..  Class?...  it was Reagan's eventual VP-- George Bush Sr. (good job if you remembered this part from the film, "Ferris Bueller's Day Off") 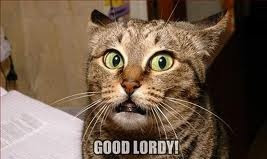