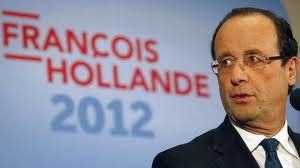 So we file this posting under 'God we hope so...'

From AP:  "A strong showing by Socialist candidate Francois Hollande in the first round of France's presidential election Sunday may rattle U.S. and global financial markets in the coming weeks."

"Hollande wants to renegotiate a European treaty, agreed to just last year, intended to limit excessive government spending. He wants the pact to emphasize growth over austerity. He has also promised to roll back some deficit-cutting reforms put in place by his opponent, current President Nicolas Sarkozy. "

~ Sounds like Hollande is a good man, assuming he means what he says...

"Many economists fear that those steps would upset the delicate cooperation with Germany that has been key to Europe's response to its financial crisis."

And there you have it.  This is the crux of the ongoing 'war' of the last few decades, made even more noticeable by the ongoing global depression we're currently living through; one which no western leader has the guts to openly admit. 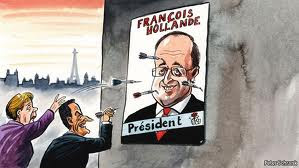 Merkel:  "Uggh, that Hollande is awful.. he'll undo everything..."
Sarkozy:  "Told you that you'll miss me if/when I go"

A leader who claims he/she will make policy to benefit the populace is looked upon as a threat and feared.  Only leaders whose policies aim to benefit markets and investors are to be tolerated in the global finance 'game'.

Germany's Chancellor Andrea Merkel fears Hollande so much that not only was she openly campaigning in France for Nikolas Sarkozy, a man she really detests, to be re-elected until polls showed her visits hurt Sarkozy in the polls, but even refused to meet with Hollande.

It is customary for political candidates to meet with foreign government leaders in case that person is elected there's a level of civil diplomacy established.  But Merkel did not want to assist Hollande's candidacy in any way and talked neighboring EU nations like Belgium and Netherlands out of meeting with him as well.

Obama was once seen as Hollande is.  That he was going to change the world and make life better for everyday people while punishing Wall Street harshly as they so richly deserved...

And Republican Presidential candidate Romney??  Please!  Obama may be Wall Street's whore but Romney is a card-carrying member of the Club.  If there was a special key for VIP's to enter a Wall St. "men's room", Romney would possess it on the same key ring as his Cadillacs.

Two insincere men competing for one office, beholden to the same interests. 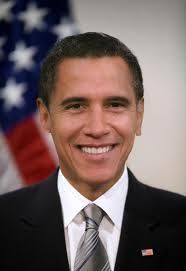 So we hope Hollande wins election in France on May 6th and wins big.  We also hope Hollande keeps his word in terms of his campaign promises and shakes things up among the political and banking elite of Europe.

Most importantly, we hope the stock market takes a hard tumble and many investors lose their 'shirts' in the coming weeks and months...

Then again, we're always wishing that.
Posted by dsasR at 11:01 PM