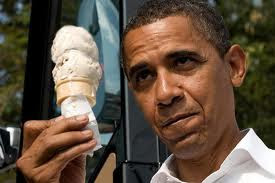 ~ Double Dips are just so much fun.. Just ask our President..

We at A&G are US based, but we read a lot of UK newspapers.

Not so much the gossipy tabloid trash or the latest insignificances of the Royal Family-- no our focus first and foremost is on global finance, markets and the overall systematic long term destruction of the middle & working classes by these entities.

And as much as we rail tirelessly on how terrible things are in the US, there are times we think after a good hour or so of reading, that maybe in comparison to other nations, US leaders are saints and angels.

Now its time to take a look at Britain.

Yesterday it was announced the nation was in a double-dip recession.

Interestingly the last time Britain faced a double dip recession was 1975 and they actually had to receive bailout loans from the IMF to avoid bankruptcy.   That must have been quite an embarrassing moment.

The official response?  A modern version of "Keep Calm and Carry On". 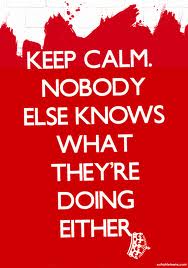 The Chancellor of the Exchequer, which is the UK equivalent of the US Sec. of the Treasury told businesses not to panic and over-react;  that this double dip was completely to be expected but would be temporary.   Simply trust him.

The Prime Minister George Osborne stated even though the national economy officially contracted two quarters in a row (that's 6 months), that there was no plans to shift from more austerity.  And today the argument is stirring up among the vile creatures that make their living on Bond Street (UK's version of Wall St) for more QE.

Many opinion pieces were written on this official acknowledgement that Britain was back in recession.  A few (correctly) argued that rather than continuing harsh austerity, what was needed was a temporary increase in spending to stimulate growth particularly in job hirings.  Others parroted the Prime Minister and stated unequivocally that the most important thing was that the markets stayed calm.

It certainly seems that the UK possesses absolutely no original thought when it comes to fixing their economic mess.  The leadership either copies US policy verbatim, especially that of the Fed, or follows Germany's lead.  Certainly QE is a US invention so can't claim any credit for that idea.   And economists in the UK are now clamoring for low interest rates in the foreseeable future--years if need be even though like in the US, this absolutely decimates savers and pensioners.

That was the Fed's brainchild as well. 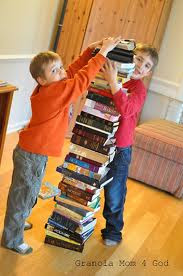 Remember in all governments, the primary goal is to calm markets and appease investors.  Whatever a politician says in a speech or on a stack of Bibles means absolutely nothing-- what the markets and banks want, they get.

And in the UK like in the US and France and Japan and even China, the markets want very very low interest rates which allow them to borrow money at next to nothing and then speculate and leverage that by10 to 50x to expand their profits while dumping whatever toxic debts they possess onto the public's lap.  And the politicians happily do this because they know figuratively and literally whose hands write their checks.

The more governments pursue this policy the greater the civil unrest.  When the UK experienced riots last year it wasn't because a young unarmed man got shot by police- that was merely a catalyst.  It was that you have a generation of young people in Britain with no job, no hope and no future.  And one doesn't have to go to Oxford or Cambridge to possess the education to know when one has no chance at a decent life for themselves or a future family.

This scenario is being played out all across Europe and the US is next.. Fortunately for American politicians, American youth are still docile; transfixed on iPods, texting devices and non-stop televised sports to the point they don't realize their futures are being systematically destroyed by enormous student loan debt before they turn 21 which most can never repay or discharge in bankruptcy.

When American youth truly wake up to the bleakness of their future, then look out...  But don't worry-- there will be no uprising among the 18-25 crowd tonight.. the NFL football draft is on at 8p. 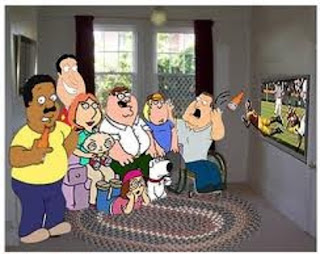 A recent study by the Dept of Education showed that currently there are 2million people over the age of 60yrs old who still owe on student loans.   We'd hate to see the totals of how many people over 35 still are heavily indebted...

Don't think the UK 100% copies every horrible economic policy from the US and Europe. Sometimes terrible public policy can be exported as well.

On Wednesday, Britain's High Court ruled in a landmark decision that employers can force retirement of older workers if its in the "public's interest".

As the Telegraph UK explained it:

"Companies could, for example, say they needed to dismiss older workers at 65 to make way for more entry-level jobs and younger staff climbing the career ladder... the case gave the green light to employers to bring back a mandatory retirement age just months after the Government made the practice unlawful..

The judgment said where the reasons for retiring someone met "public policy" objectives it was acceptable to force someone to leave the business." 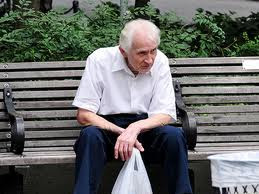 So if you can't create new jobs for college graduates and other entry level positions and you can't force older workers to take massive pay cuts, then just create a legal loophole to systematically dump a generation of workers for a new generation of cheaper.

If its successful in the UK, trust us, expect to see it in the US.

It reminds us of something a few years back at the electronics store Circuit City.  There was a time they had very knowledgeable staff who could answer just about any question a customer may have on a new computer, television or other device.  And for that knowledge, they were paid around $9.50/hr which for that type of job, was decent.

Then Circuit City decided they didn't want to pay their salespeople that much.. wanted to cut some costs.  So they pretty much fired all their $9.50/hr workers who understood electronics, and hired a lot of people at $8.50/hr who didn't know much of anything.

The result:  People would enter Circuit City looking to by electronics,and leave frustrated & flummoxed as they headed to Best Buy to buy their electronics there.  Sales dropped.. profits plunged and those brainy sons-of-bitches at the top who thought they were so clever-clever to middle finger $9.50/hr employees, helped destroy their company to the point it was forced to go bankrupt and close all its stores in 2009. 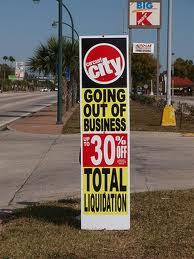 This is the short-sighted mindset which is killing Britain, France, Spain, Greece and every other European nation not named Germany... and which will one day destroy the US economy.

Rather than create and cultivate, governments only know how to cut.   And rather than invest in one's populace, governments prefer to invest elsewhere... banks and markets mainly.

This is why A&G repeatedly says that if you are hoping, wishing or praying for governments to change, then expect non-stop disappointment.  It will take something dramatic to change course but like the old food adage goes, 'One can not make an omelet without first breaking some eggs'
Posted by dsasR at 2:51 PM