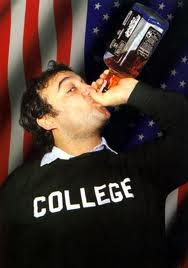 We read an article today in the New York Times that student loan debt is rising and its not being paid back...

"The New York Fed calculates that 11 percent of student loans are now at least 90 days delinquent, with this rate now officially passing the "serious delinquency" rate for credit card debt for the first time...  It's worth mentioning, by the way, that student loan debt cannot be discharged in bankruptcy, while most other forms of debt can. One reason consumers have managed to shed so much debt is that lenders ended up writing off quite a bit after the financial crisis."
And unlike credit card debt which is written off by the lenders, student loan debt is ultimately a taxpayer burden when not paid.
Let's pretend government genuinely seeks to fix problems and not kick the can down the road for years if not generations so not to offend anyone and thus not get re-elected, how can this problem of student loan debt be fixed?
Here are some possible remedies we came up with..  they may not be popular or agreeable to some but we see the following as the most realistic way to combat this problem: 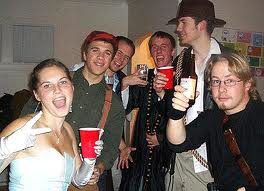 1)  Treat student loans as car loans or mortgages
What are the chances that an 18 year old with no real work experience, credit history or personal savings could walk into a bank and receive a loan to buy an automobile or home with no one co-signing?
How about Zero... None.
Yet that same person can receive tens of thousands of dollars annually to obtain something that isn't even tangible or physical.. a worthless piece of paper called a college degree that most employers don't value or respect since everyone has one.
So how to remedy this?  At least one parent has to co-sign on any student loan involving a person under the age of 21, making them as legally responsible as the naive, bright-eyed fawn who can't wait to spend four years drinking and doing recreational drugs with some classes in-between. 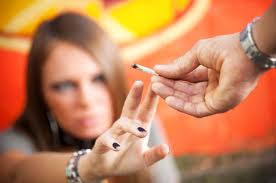 Now you have at least one parent who is going to be strictly making sure their son or daughter is taking school seriously and focused on studies since it is their wages and/or social security that can be garnished or vehicle/home taken because Bobbi or Billy don't take college serious or choose an un-hireable degree like Philosophy or English Lit.
And this all inter-connects to the rest of the remedies on the list...
2)  Set policies that curtail overspending for college
If a student who lives in Texas wishes to attend a college in California or Connecticut, that's fine-- the student loan will cover the cost of tuition and books.  But not room and board.  That expense you or your parents must come up with on your own. 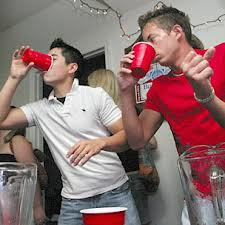 Its bad enough that attending a public university as an out of state student means you're paying 2.5 to 3x more in annual tuition than a state run university at home, meaning you're obligated to be paying back 2.5 to 3x the debt you normally would, but room and board can add an additional five to ten thousand dollars annually to the cost... once again, which must be re-paid.
Another option is the 2 to 1 rule-- if you need $12,000 to attend college for a given year, the loan can only be for up to $8,000-- you or your parents must come up with the other $4k.
The ultimate goal is for the lendee to make Intelligent choices and to get rid once and for all of this la-di-da notion that one simply acquires whatever debt is necessary to get the degree, then worries about it all later, or even worse, assumes all will work itself out because a good paying job is simply waiting for them.
People seem to show more fiscally responsible decision making when it comes to buying a sweater or a box of cereal than they do picking what college to attend and ultimately pay for. 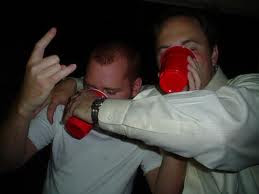 3)  Colleges & Universities Must change too...
You're at a cafeteria for lunch-- you pick up a tuna sandwich, chips and a drink.. but you're not allowed to pay for your order or leave..  In order to acquire what's on your tray, you need to also get a turkey sandwich, peanut butter & jelly, a bag of tortilla chips, yogurt and ice creme... Then you may pay... for All of the order...
Horrible right?  That's what colleges and universities do.
The days of forcing undergrad students to attend for 4 or more years while acquiring 120 credits via taking classes in fields that have nothing to do with one's major or interest needs to End as soon as possible.
If government had any care or concern for its younger citizens; the ones who attend school and are saddled with debt before turning 21, they'd pass a law that any institute of higher learning which accepts Fed backed loans or took Fed grants had to cut its requirements for graduation from 120 credits to 60, which is Plenty! 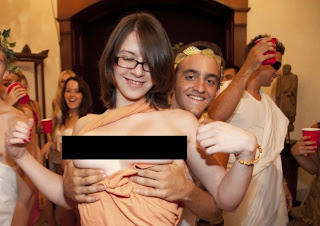 It would work like this:  30 credits i.e. 10 courses in one's major and 30 credits in any other areas the student chose.  If someone was undecided on a major, he/she could continue taking courses without restriction but for those who did know their career path early on, they aren't punished in terms of time wasted and expense accrued.
4)  Adding culpability to the schools
How is it that if a person goes into a Wal Mart or Target, buys a product that turns out not to work or fails in some way, that the item can be returned, usually for a full refund, yet if you attend a college/university, obtain the degree and can't get hired for anything above stock clerk, you can't get a refund on the wasted education?
Imagine if the onus was put on the schools to ensure their students found gainful employment or have to be directly on the hook for the student loans taken out to acquire the original degree? 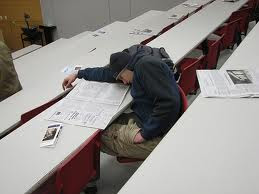 Perhaps they would take their 'career centers' much more seriously and dramatically expand upon job placement so that way students attending in a weakened market could have a fighting chance to get their foot in the door somewhere..
OR
Just like Surgeon General warnings on cigarette packs, Colleges and universities notify in big, bold letters that obtaining a degree does not guarantee in any way that you will find a job that will allow you to pay your bills, put savings away and build for a future, and that the student assumes All risks with the knowledge that obtaining student loans without the ability to repay will Destroy their financial lives irrevocably.
In summary, to fix the problem of student loan debts which now tops $1 trillion is a combination of restricting both who is able to acquire the loans and limiting the debt load upon the individual while making sure colleges can no longer trap and exploit students into paying more than they should while getting no assurances or protections that their degrees will truly improve their future. It all comes down to one question ultimately-- does one view attending college as a right or a privilege?  If you see it as a right, then you believe nothing should be done to obstruct anyone from attending especially financially.  If you see it as a privilege like driving, then you believe attending is not 'open door' much like a car dealer is not required to sell you an automobile simply because you want one.
Posted by dsasR at 8:50 AM