Turning bleep into something digestible 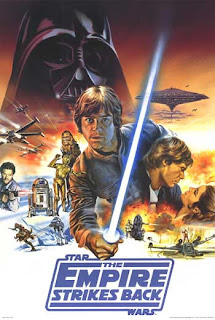 One thing we try to do here at A&G is demonstrate clearly how biased and intentionally misleading the print and visual media when covering any and all aspects of this economy.  They want you to accept we're in a 'recovery' and will absolutely Not stop in spite of the facts or the truth most people know.

The AP headline-- Shoppers lift economy but will they keep spending?.  And underneath the header and before the article is this little beauty of a sentence, "Consumers help ease recession fears, but stock-market gyrations could threaten further gains"

Then the first paragraph... "The economy might not be on the brink of another recession after all. Consumers, who drive most economic growth, spent more on cars, furniture, electronics and other goods in July -- and more in May and June than previously thought."

Pretty simple really- most people lease cars in summer months.  They eventually expire and you need to get new leases or buy a car outright.  People can't afford homes so rentals are dramatically expanding- they need to be furnished.  As for electronics, prices of HDTVs are declining and iPad 2's & other tablets are hot impulse buys.

So the stock market actually went up Friday based on this crap.  The cockroach investors however chose to intentionally ignore this part:

Consumer confidence at lowest point since 1980, report says (LA Times) -- "Americans were the most pessimistic they’ve been since May 1980, according to a preliminary index of sentiment created by Thomson Reuters and the University of Michigan.  The index slumped to 54.9 from 63.7 in July, as consumers fearfully took in seesawing stocks, high unemployment and politicians bickering over the country’s debt."

"Consumers’ perception of the financial environment and the wisdom of big-ticket purchases, measured by an index of current conditions, slipped to 69.3 from 75.8. They’re even less excited about the future, pushing an index of expectations six months down the road to 45.7 from 56."

Small-business owners feeling less optimistic in July -- "Main Street is a gloomy place these days, as political bickering and the recent U.S. debt-rating downgrade suck the confidence out of small businesses, according to a new report. The monthly optimism index from the National Federation of Independent Business fell for the fifth straight month, slipping 0.9 points in July, to 89.9."


So what's the difference in the three articles, besides one is positive and the other two could be interpreted as negative?  Simple.. the happy, positive AP article is opinionated and meant to calm the reader; to give false hope that all-is-well and the government is on the right track.  It also pushes that incessant Lie that we're not in a recession currently and it has the audacity to declare things are improving because of this increase in spending.

The LA Times articles on the other hand, presents fact regarding consumer sentiment.  By the way, May, 1980 was 31 years, 2 months ago.  Think of it this way- in May, 1980, Jimmy Carter was still president,  interest rates were in the double digits and we had yet to boycott the 1980 Moscow Summer Olympic games.

As irritated as A&G is that the economy is mired in a 3+ year recession without any evidence to support a sincere improvement, particularly in job creation, we are passionately more Angered when we are bombarded with a non-stop blitzkrieg of propaganda mixed with yellow journalism meant to treat the American people like clueless simps.

Two years of this.. Two Long years- hundreds of articles written daily pushing a recovery which never existed, simply because of a belief that people don't want to feel down all the time and that would hurt readership.   There's no 'recovery'.. no 'soft patch' or 'rough patch'.. no blip or bleep or bloop..  no headwind or headway..  The President pushes it.. most politicians do too and he financial media is among the worst culprits of spreading the Lie--

Can't speak plainer folks-- it is all Bullshit meant to keep you pacified and docile instead of feeling passionately hopeless and reactionary.

If the economy was Truly improving, A&G would be the First to trumpet it because we do not benefit or take pleasure in any way from the financial and emotional toll a prolonged recession has on a person or a family.  But its not.  And we have zero loyalty to any President or political party to help push the lie so people can feel comfy now, then later wonder 'What the hell happened?" when things feel worse later than in 2008-09.

The more truly informed you are, the better off you will be.